One of my first teaching heroes never even became a teacher.

She was a colleague of mine on the PGCE course; bright, funny with wide eyes encased firmly behind some serious coke-bottle specs. She looked the part and acted it too. She did well in her assignments and, according to the people that she was on placement with, was a blast in the classroom. You sometimes meet people like that; people who you admire with their sheer togetherness. People you feel like you wish you were when you are scrabbling. People you might even feel a little jealous of if you’re being honest with yourself.

Then, about twelve weeks into the training, she quit. Just like that. Done.

Our little circle of prospective Educators Who Were Going to Change the World were flabbergasted. She was doing a hell of a lot better than most of us poor fools. We were beginning to resemble shell-shocked veterans of some terrible skirmish, sharing war-stories in a dark corner of the university boozer, jumping at every click of a pool ball and wallowing in our own misery and the unfairness, oh the unfairness of it all. 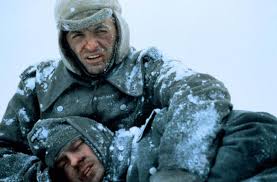 Then, brother, I said to them ‘I’ve got all day – I’ll wait until you’re quiet.’
Eighteen hours they talked, brother. Eighteen.

She wandered in to say goodbye to us poor unfortunates and was inevitably met with a clamour of questions. Was it the kids? Was it the way they behaved? Was it the workload? It was the workload wasn’t it? Spreadsheets! I KNEW IT! I HATE THEM TOO! SHE’S QUITTING  BECAUSE OF THEM! DAMN YOU EXCEL! DAMN YOU STRAIGHT TO HADES!

She looked at us all, a little bit confused and more then a little perturbed, smiling sweetly as she started to edge towards the door, making sure she kept eye contact and checking the room for alternative exits. We simmered down enough to placate her and persuade her to sit down with us for a bit. Then we asked her again, calmly this time (although with more than a wild glint in our eyes) and this is what she said:

‘I don’t actually like it very much. I’m not going to spend the rest of my life doing something I don’t like.’

Then she threw a smoke pellet to the ground and disappeared, cackling wildly.

I’ve been in awe of her ever since.

Most of you reading this probably teach so I won’t go into the multitude of stresses and strains the job presents and how bloody marvellous we all are for putting up with it all etc, etc. It’s a tough gig that requires, dedication, determination and courage. Everyone knows that.

But does that mean someone who gives it up lacks those things?

Personally, I don’t think so. What’s worse? Staying in a job that you hate, becoming increasingly bitter as time goes by as you bemoan the things that you may have lost, like some crap version of Miss Havisham without the awesome wedding dress and the cobwebs? Or admitting that this isn’t what you want it to be, moving on and finding something else; something hopefully better. It takes a different type of courage to make a leap like that.

I love teaching, but even I go a bit misty-eyed considering different career paths as a 9am session teaching the finer points of article writing to a bunch of surly hairdressers sails into view on a Monday morning. I also do it on Tuesday morning. And Wednesday afternoon. Man, Wednesday afternoon is a bad one. Sheesh.

So my PGCE bespectacled colleague who turned out to be a ninja was my one of my first teaching heroes for taking the brave step and leaving because she wanted to. I never found out what she went on to do in the end. I sometimes imagine her as a high-flying journalist, or a multi-million pound entrepreneur or, in my lesser moments, as a call-centre operative. That’ll learn her. Either way, well played.

However, there is a much darker side to teachers leaving the profession. There are those that leave because they have to. Or are made to. It’s an absolute scandal but I’ll leave that one until I’ve taken a few deep breaths. For now it’s time for me to make my own dramatic exit!

Just as soon as I find those bloody smoke pellets…damn, must’ve left them in my pencil case.

I’ll just use the door.